24 hours notice is required to cancel any appointment or a charge of 50% of treatment cost will apply. No further treatments will be provided until the charge has been paid.

Your skin is an investment, not a expense

What I do in the clinic will boost your results, give your skin a bigger dose of what it needs, but if you fail to treat your skin at home your desired skin results may never be met.

So ladies/gents I’ve had so many messages asking about the PROFACIAL so here we go…….It’s a phenomenal multi-step treatment that : 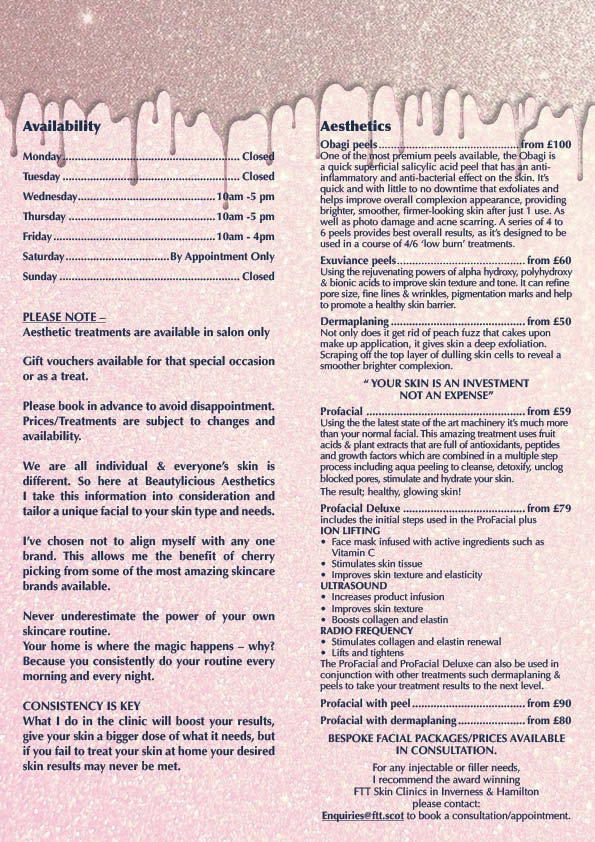 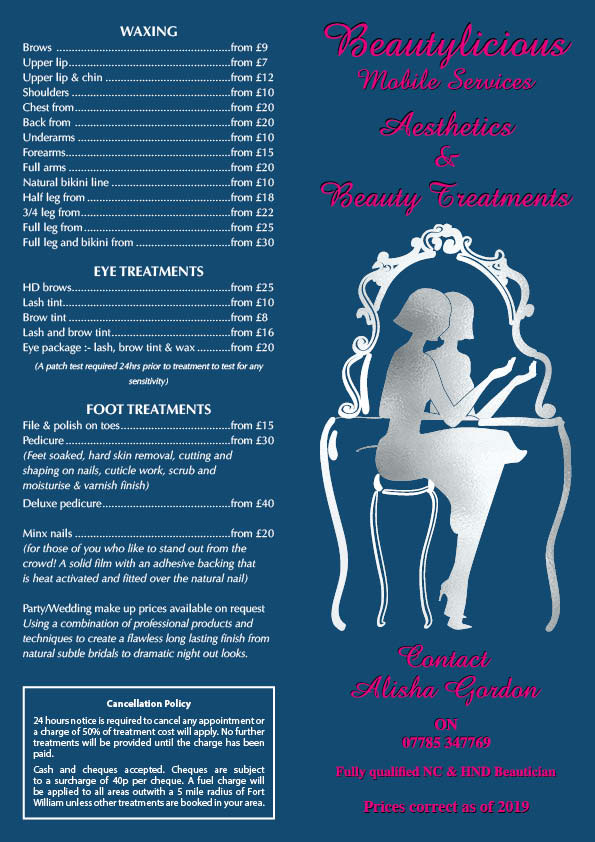 WHAT OUR CUSTOMERS SAY

 5/5
I had a pro-facial done by Alisha yesterday. I actually have no words for how amazing my skin feels today! 😍 I would 100% recommend this to anyone, can’t wait to have my next one done. 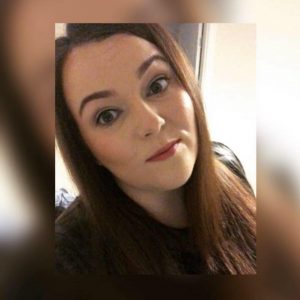 Shana Mackay
 5/5
Yesterday I had my first Profacial from Beautylicious Mobile Sevices it is an amazing facial treatment. This product has so many benefits and for all skin types. One great benefit it clears all blackheads,and gives you a free crystal face. Initially it does causes you red spots but it fades away gradually. Very relaxing throughout no pain. Now my skin feels so fab and looks amazing. Highly recommend 😍💆‍♀️ Alisha Gordon 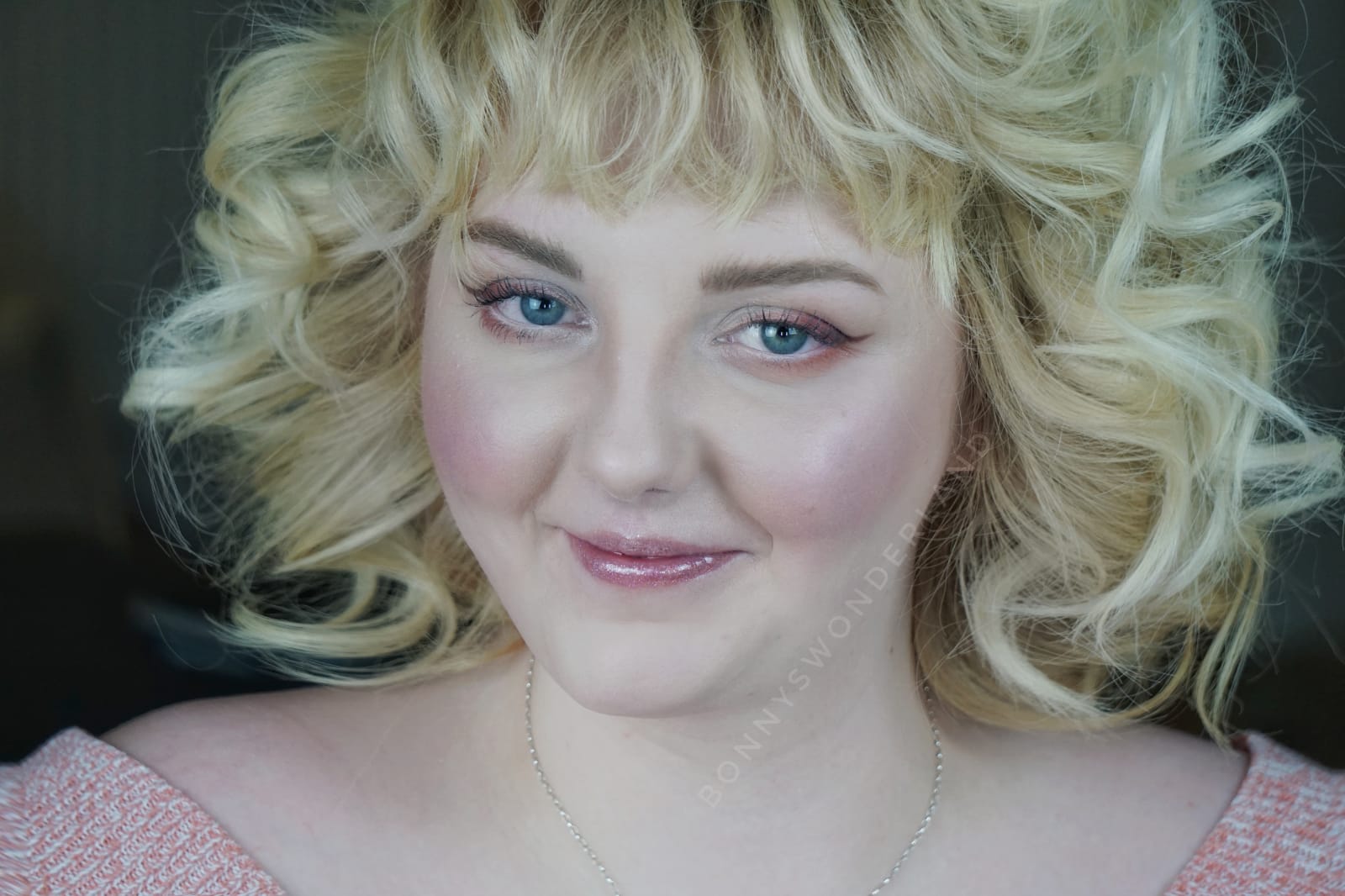 IslaLou Mackinnon
 5/5
Another Fab peel with Alisha Gordon ❤ this was my first obaji peel it was amaze 🤩 not going to lie it is slightly more nippy when going on but my face was absolutely glowing afterwards!! My skin is really bad just now that time of the month 😂 I forgot to take pics this time but I promise for next time I will so you can see the difference 😟😟the price of this treatment is £100.00 and it's so worth every penny, it really is a fantastic treatment for acne along side an excellent skin care regime! Both Obagi peels are used to treat a variety of skin complaints even the most perfect of complexions. The main difference between the two treatments is the main ingredient that produces the peeling effect. The Obagi Radiance Peel is primarily composed of salicylic acid, which is used to exfoliate the skin. The Obagi Blue Peel, on the other hand, uses trichloroacetic acid (TCA) for slow penetration, which produces results that are similar to traditional facial peels.In general, the Obagi Radiance Peel is ideal for superficial skin troubles, such as scars and dull skin; the Obagi Blue Peel is strong enough to tackle age spots and hyperpigmentation.If you’re opting for the Obagi Radiance Peel, you should expect to experience some redness after your treatment. Expect to use a heavy moisturizer and sunscreen after your Obagi Radiance Peel. Because the Obagi Blue Peel resembles a traditional chemical peel, you should expect to see some redness and swelling within the first 12 hours, with facial peeling occurring after the first two to three days. Peeling typically lasts for 4-5 days.

This site uses Akismet to reduce spam. Learn how your comment data is processed.

Welcome to Bonnys Wonderland, if you have any questions, check out our GTC and Contact Form. Dismiss